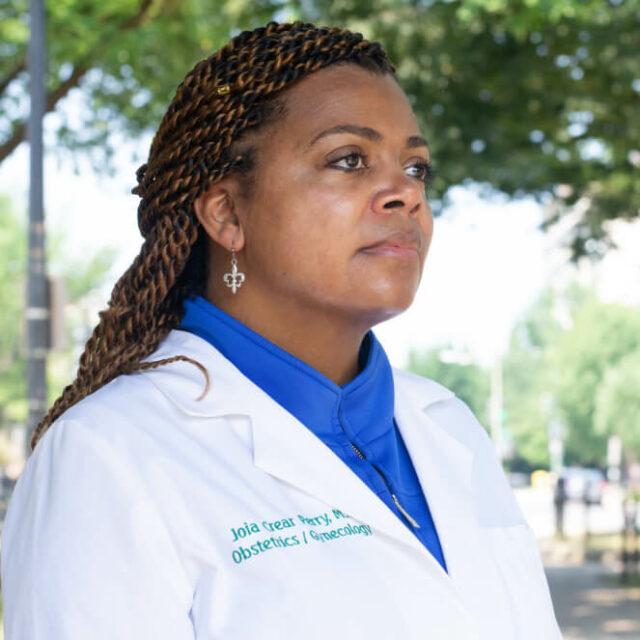 Dr. Joia Crear-Perry is a physician, policy expert, thought leader, and advocate for transformational justice. As the founder and president of the National Birth Equity Collaborative (NBEC), she identifies and challenges racism as a root cause of health inequities.

She is a highly sought-after trainer and speaker featured in national and international publications, including Essence and Ms. Magazine. In 2020, Dr. Crear-Perry was honored by USA Today in its “Women of the Century” series and featured on ABC Nightline’s “Hear Her Voice.”

Dr. Crear-Perry has twice addressed the United Nations Office of the High Commissioner for Human Rights to elevate the cause of gender diversity and urge a human rights framework for addressing maternal mortality. A proud recipient of the Congressional Black Caucus Healthcare Heroes award and the Maternal Health Task Force at Harvard University Global Visionary Award for Commitment to Advancing Women’s Health, Dr. Crear-Perry’s most notable efforts include the removal of race as a risk factor for illnesses, including premature birth.

Previously, she served as the Executive Director of the Birthing Project, Director of Women’s and Children’s Services at Jefferson Community Healthcare Center, and the Director of Clinical Services for the City of New Orleans Health Department. In that role, she was responsible for four facilities that provided health care for the homeless, pediatric, WIC, and gynecologic services within the New Orleans clinical service area. 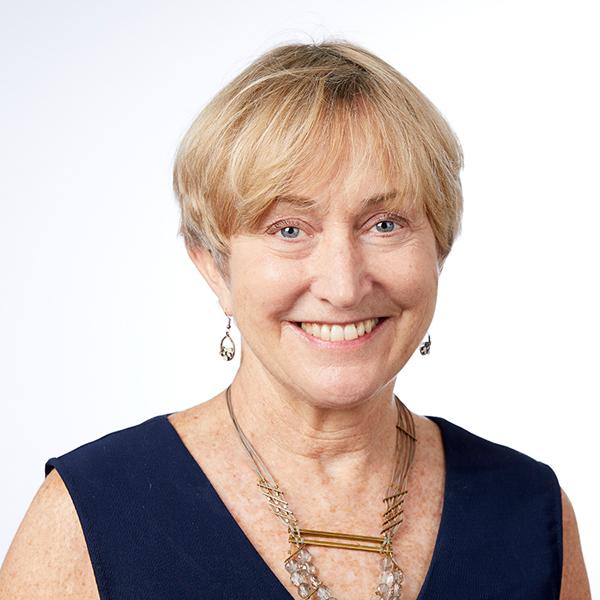 Dr. McCloskey's public health career began 30 years ago as an applied anthropologist and educator of community health workers in Nepal. The work inspired her lifelong concern with the health care of women and their infants, particularly in underserved communities. In both international and domestic settings, her work focuses on the disconnects between the lives of women and the health care systems meant to serve their needs across the life course and proven strategies for engaging and activating women to be full partners in their reproductive health care and planning. The NICHD and NIDDK currently support Dr. McCloskey in studying the barriers to follow-up testing and prevention for women with gestational diabetes, a harbinger of risk of type 2 diabetes mellitus later in life. At BUSPH, she serves as Associate Chair of the Department of Community Health Sciences, Co-Director of the MCH Certificate, and Director of the Center of Excellence in Maternal and Child Health, a Center dedicated to the education of a diverse MCH workforce, ready to lead. As an educator, she specializes in practice-based courses that engage students in applying their skills and knowledge in real-life organizations, addressing real-life challenges. 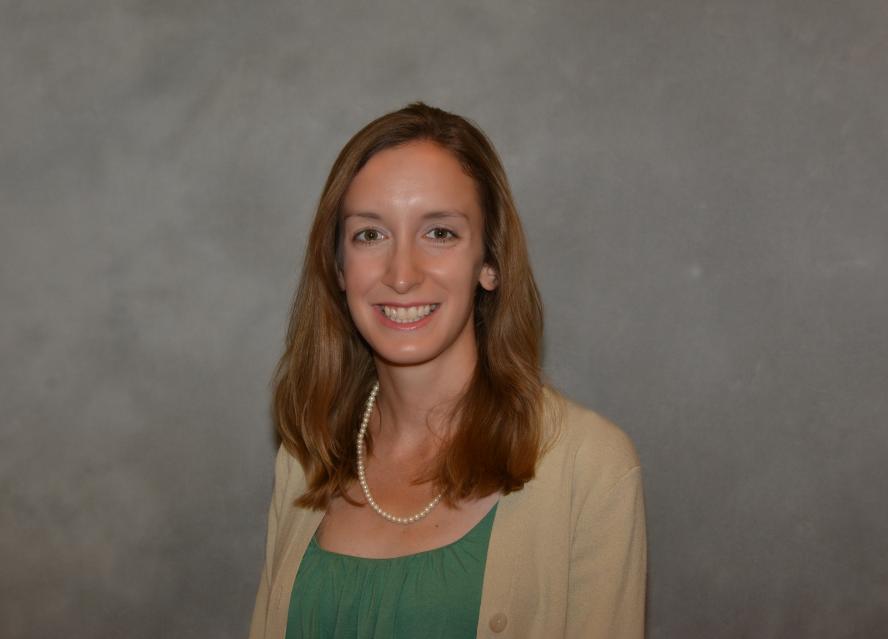 Christina Gebel graduated from Boston University’s School of Public Health, concentrating in Maternal and Child Health and Social and Behavioral Sciences. She was an MCH department fellow for the 2013-2014 academic year with Dr. Gene Declercq and a 2013 MCH fellow with the American Public Health Association (APHA). Christina became interested in Maternal and Child Health when she became a volunteer doula and New Moms Group facilitator while living in Chicago. She also became certified in Lamaze and enjoys teaching about her passion, moms and babies. Christina is a freelance writer, editor, and photographer. Her primary contributions to the site include updating the state-by-state data tables, launching the blog and social media initiatives on the site, and co-producing the videos Birth by the Numbers: The Update and Birth by the Numbers: Myth and Reality of US Cesarean Sections. 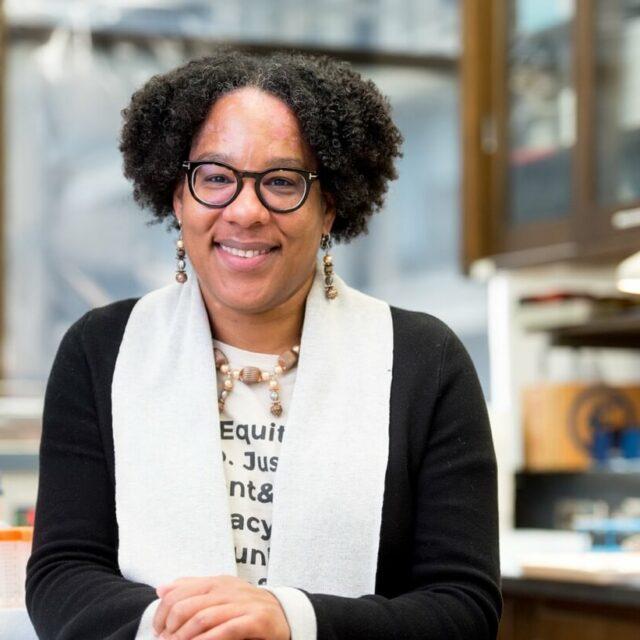 At the University of California, San Francisco, Monica McLemore is a tenured associate professor in the Family Health Care Nursing Department, an affiliated scientist with Advancing New Standards in Reproductive Health, and a member of the Bixby Center for Global Reproductive Health. She retired from clinical practice as a public health and staff nurse after a 28-year clinical nursing career in 2019; however, she continues to provide flu and COVID-19 vaccines. Her program of research is focused on understanding reproductive health and justice. To date, she has 81 peer-reviewed articles, OpEds, and commentaries. Her research has been cited in the Huffington Post, Lavender Health, three amicus briefs to the Supreme Court of the United States, two National Academies of Science, Engineering, and Medicine reports, and a data visualization project entitled How To Fix Maternal Mortality: The first step is to stop blaming women that were published in the 2019 Future of Medicine edition of Scientific American. Her work has appeared in publications such as Dame Magazine, Politico, ProPublica/NPR, and she made a voice appearance in Terrance Nance’s HBO series Random Acts of Flyness. She is the recipient of numerous awards and currently serves as chair of the Sexual and Reproductive Health section of the American Public Health Association. She was inducted as a fellow of the American Academy of Nursing in 2019. 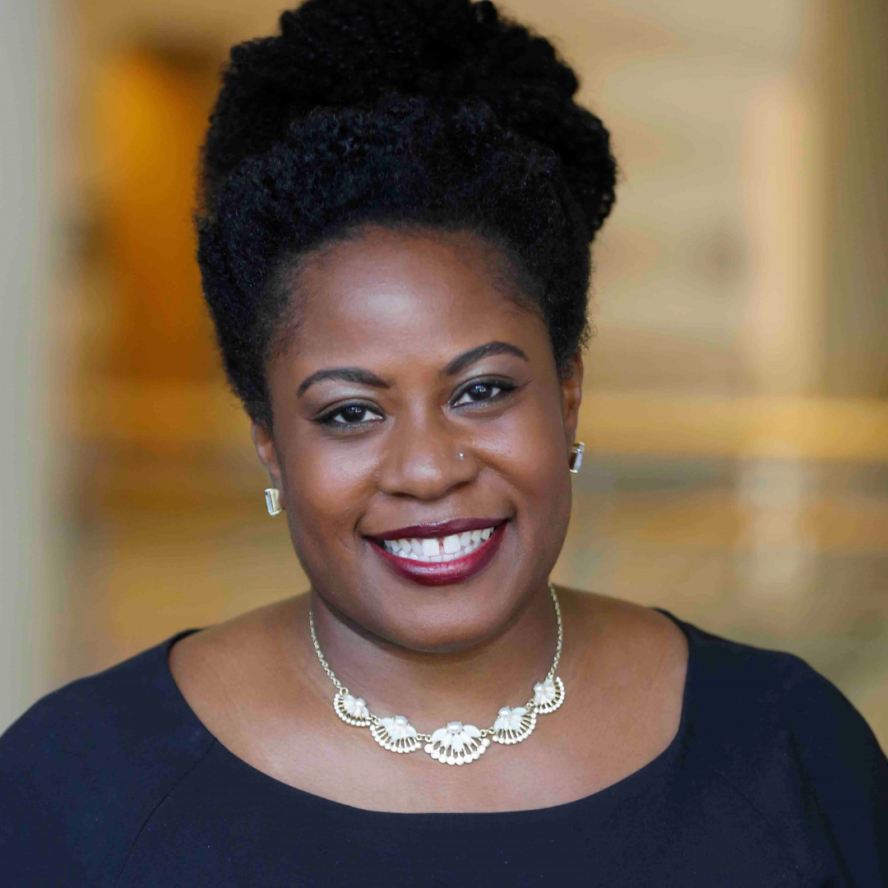 Dr. Rachel Hardeman, the first Blue Cross Endowed Professor of Health and Racial Equity at the University of Minnesota School of Public Health. She is also the principal investigator of the MORhELab, where she works to quantitatively measure structural racism. Dr. Hardeman was recently appointed to the Minnesota Maternal Mortality Review Committee and the CDC Maternal Mortality Review Information Application Bias workgroup. 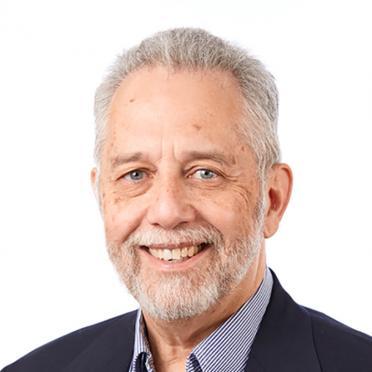 Eugene Declercq, Ph.D., M.B.A., is a professor of community health sciences at the Boston University School of Public Health and professor on the faculty of Obstetrics and Gynecology at the Boston University School of Medicine. His current research focuses primarily on maternal mortality and morbidity. He is part of the team that has produced six reports on women’s experiences in childbirth, Listening to Mothers. He is a current member of the Massachusetts Maternal Mortality Review Committee and on the board of March for Moms. He is the founder of the website www.birthbythenumbers.org, where additional data on maternal mortality and other maternal and infant health outcomes can be found. He has Ph.D. and M.S. degrees from Florida State University and a M.BA. from University of Massachusetts at Amherst. 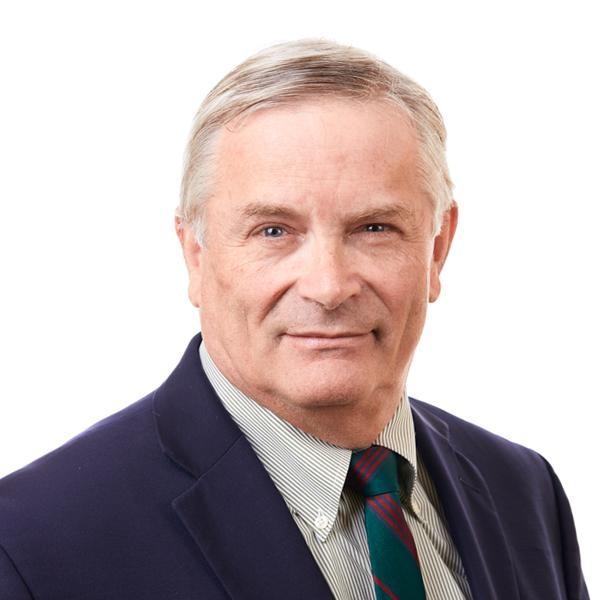 Howard Cabral is a Professor of Biostatistics at the Boston University School of Public Health, where he has been on the faculty in the Department of Biostatistics since 1998. He is the founding Director of the Biostatistics and Research Design Program of the Boston University Clinical and Translational Sciences Institute. He has over 30 years of teaching, consulting, collaborating, and statistical research experience in various biomedical fields. These include public health, epidemiology, behavioral sciences, health services, and basic physical sciences research and practice.

He is a former director of the Biostatistics Graduate Program at the Graduate School of Arts and Sciences. Dr. Cabral received the Norman A. Scotch Award for Excellence in Teaching for 2017 from the School of Public Health. Dr. Cabral’s research spans observational studies and randomized clinical trials, including well-known studies in cardiovascular health and studies of the effects of substance use on human health across the life span, with currently over 370 peer-reviewed publications. He has extensive experience analyzing longitudinal health data, especially those collected in urban areas with ethnic and socioeconomic diversity.

His methodological interests are in the analysis of longitudinal data, randomized clinical trials in behavioral and health services research, risk prediction models in acute and chronic disease, the effects of missing data on statistical estimation, and statistical computing.

Dr. Larson is a Staff Scientist in the OBGYN Department at Beth Israel Deaconess Medical Center and an Assistant Professor at Harvard Medical School. Her research focuses on improving health system quality and responsiveness in North America and low- and middle-income countries. She uses epidemiologic, econometric, and qualitative methods to measure the quality of healthcare and evaluate health system interventions and reforms. Her areas of expertise include implementation science methods, primary data collection/field research, and quality of care.

Dr. Larson graduated from the Global Health and Population Department at the Harvard Chan School. Her dissertation was titled "Measurement and evaluation in maternal and child healthcare: diagnosing poor quality and testing solutions" and used data from both a large, multi-country dataset and a targeted cluster-randomized trial. She completed a postdoctoral research fellowship in the Department of Biostatistics at the Harvard Chan School. Dr. Larson received her MPH in epidemiology and international health from Boston University and her BSc in biology and mathematics from McGill University.

Dr. Meadows cares for women before, during, and after pregnancy to ensure positive pregnancy and birth experiences.  As an Obstetrician and Gynecologist, Dr. Meadows teaches residents and medical students and devotes time to prenatal care practice innovation and advocacy.  Her clinical, public health, and policy initiatives aim to prevent preterm birth and infant mortality, achieve health equity and create value.  In her previous position at BWH, she was the Director of Practice Quality and Innovation in the Ambulatory Obstetrics Practice.  Dr. Meadows holds leadership roles in Massachusetts with the Massachusetts Perinatal Quality Collaborative (MPQC) and PNQIN (the Perinatal Neonatal Quality Improvement Network of Massachusetts).  Dr. Meadows completed the Commonwealth Fund Harvard University Fellowship in Minority Health Policy at Harvard Medical School, obtaining a Master of Public Health from the Harvard School of Public Health in 2008. 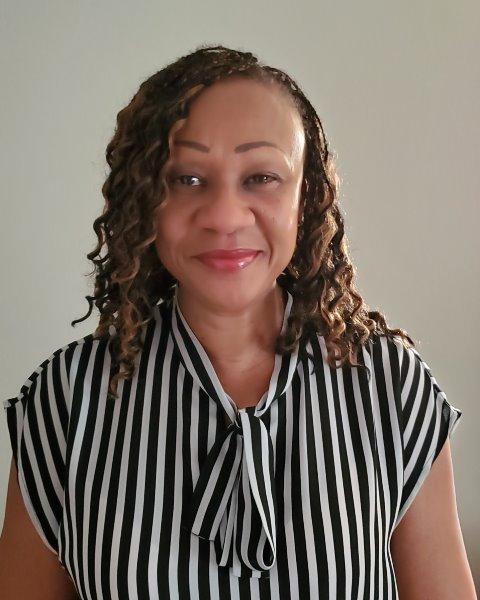 Dr. Hafsatou Diop, MD, MPH is the Office of Data Translation Director at the Massachusetts Department of Public Health. She serves as the State Maternal and Child Health (MCH) Epidemiologist and the Pregnancy Risk Assessment Monitoring System (PRAMS) Program Director. Dr. Diop is also the Director of the Massachusetts Pregnancy to Early Life Longitudinal (PELL) project. She completed the 21st International Course of Epidemiology held at the Center for Research (INSERM) in Paris and did her field practicum at the Head Quarters of the World Health Organization in Geneva, Switzerland, in 1996. She received her Masters of Public Health degree with a concentration in MCH in 2000 from the University of Honolulu, Hawaii. 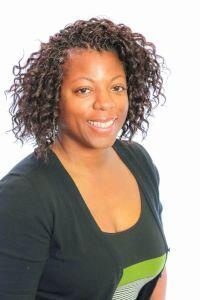 Public health professional with over 15 years in grant management, coalition building, community development, and project management. She is a Senior Grant Specialist at Alameda Health System and prior Patient-Centered Outcomes Research Institute (PCORI) Engagement Award recipient. This independent, nonprofit research organization seeks to empower patients and others with actionable information about their health and healthcare choices.

Richard DeRosa is the director of the Father Friendly Initiative and the director of Behavioral Health of the Healthy Baby/Healthy Child Program at the Boston Public Health Commission. He also serves on the National Advisory Board of the GABE Project, which is developing a computer-based platform to improve the health of preconceptional young Black boys and men. A native of Boston, he is a product of the Commonwealth’s foster care system, spending his early years residing at Nazareth Child Care Center in J.P., raised by the Sisters of Charity. Eventually, at the age of 14, he was placed with his foster father, Roger A. Jackson, who provided the structure, support, and consistency that allowed him to begin to experience success both
socially and academically. This experience strongly influenced his commitment to the health and well-being of boys and men.

He received his Bachelor's Degree in Psychology from Bridgewater State University in 1988, and in 1991 he received his Master's Degree in Counseling Psychology from Lesley University. He is licensed in the state of Massachusetts as a Mental Health Counselor. He spent most of his early career providing in-home therapy to families in Boston and the surrounding area. He has over 30 years of clinical and administrative experience working with children and families. He strives to ensure that programming is developed and implemented with a racial and social justice lens.